The importance of Story in Product Photography

If you ask a group of photographers what the first rule of photography is, some where near the top of the list will be “tell a story”. In fact one of the key differences between photography and video is how easy it is to tell a story with video. Any one that has ever watched a movie or a documentary will know how easy and effective it can be to tell a story with video. This is because we are able to manipulate more senses. With video the canvas isn’t a single image, it changes over time and can change to tell the story you want to tell. You also have audio in the form of dialog, music and effects. That makes video very a powerful medium.

So can you tell a story with a photograph and if so, why should you care? Both are great questions. Lets take a look at two similar pictures. 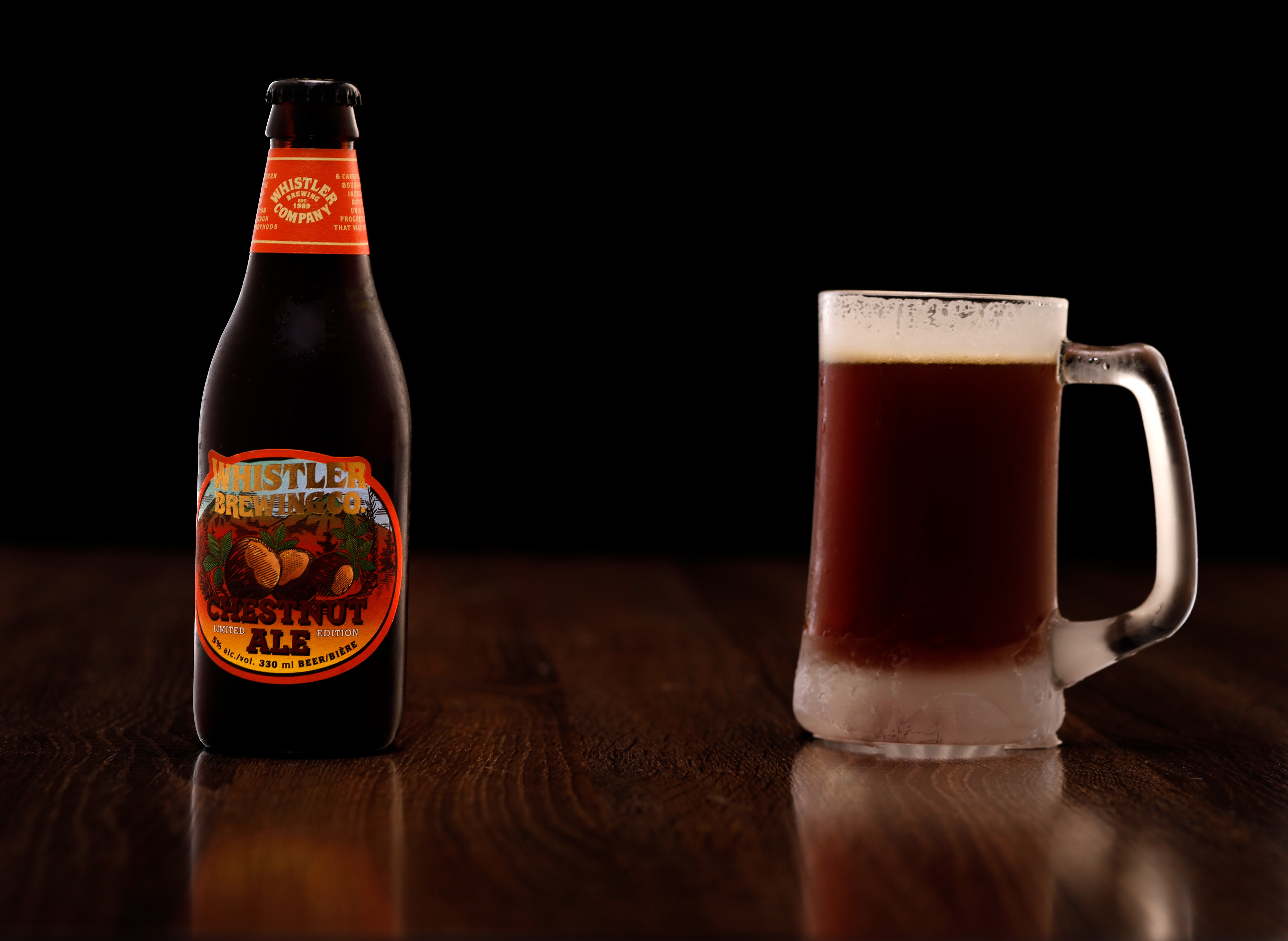 The first one shows a beer bottle and a beer stein. It’s a nice picture, pretty good light, displays the label well, both the bottle and the stein reflect the chill of the contents. Most of the technical things you would want in a picture are there but some how it just doesn’t grab you. This picture is easy to dismiss as it is. What can we do to make it more compelling?

In the next picture we have the exact same bottle, stein and table. Both are lit the exact same way, with the same camera and lens combination and from the same position. By adding a couple of props suddenly we have a much more compelling image. But why? 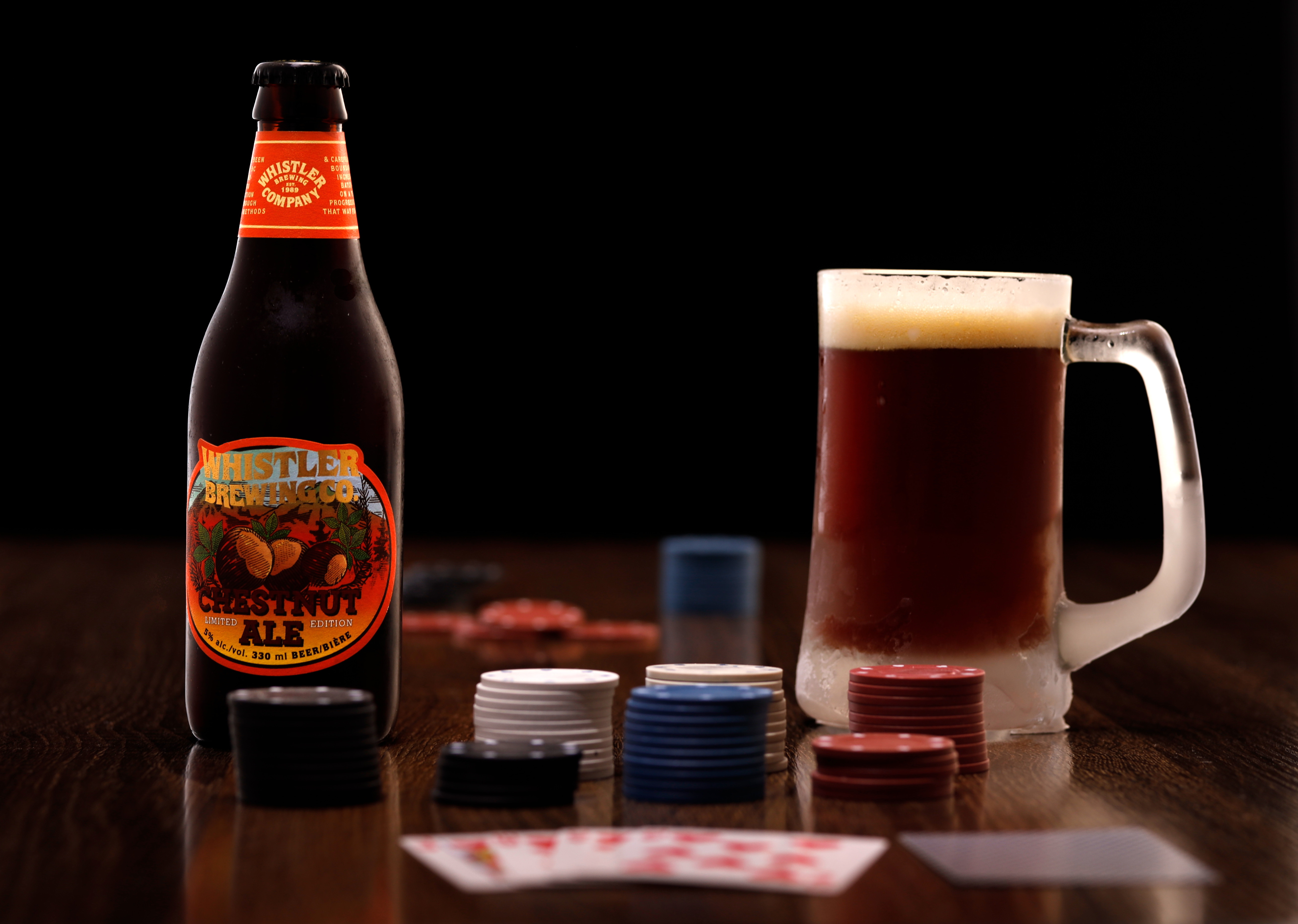 The first thing is that with a little more complexity, the brain now has to slow down to fully understand the picture. As the brain sees the poker chips and the cards it starts to ask what is going on here? It will quickly assess that there is a poker game going on. Depending on the person viewing the picture it may invoke a mood of people gathering together to play a game, it may bring up a mood of friendship or comradery, maybe competition. If the person viewing it is a poker player they may get drawn further in and start trying to figure out who is winning the game? The fifth card is face down in order to keep the brain working trying to answer that question. My opinion is that the only thing better than telling a story with a picture is asking a question as it forces the viewer to focus harder on the image in order to answer the question.

By giving it a little nudge suddenly the brain is running wild. You might ask however, if we have now got the brain thinking about all these things haven’t we drawn attention away from our product? Not really. This is because of two tricks we are using to pull the viewer back to the product.

The first is recognizing that the eye is usually drawn to the brightest thing in the picture. In this case we have kept the brightest part of the picture in a plane that includes the bottle and the stein, but fades darker the further forward or backwards you go.

The second trick is understanding that the brain is usually drawn to the sharpest thing in the picture. In this case the focus plane is on the label of the bottle, every thing forward and back of that is progressively further out of focus. We keep the stein in the same plane as the bottle to keep it in focus as well.

The extreme version of this effect is those wonderful National Geographic pictures every one has seen that are shot with very long ,very fast, crazy expensive lenses where the eyeball of some animal is perfectly in focus and the back ground has been blurred to to an extreme where you can’t even tell what the back ground is. That leaves all the attention on the animal even though the back ground when viewed with the naked eye would normally be very busy and distracting. In the hands of a professional photographer a photo can be better than the real thing.

We have shown that you can easily add a story to a picture which can invoke emotions and using the tools of photography we can choose where the viewer will focus. Is there any thing else we can get out of this? As a matter of fact there is. In order to make pictures searchable by search engines we use some thing called tags. These are keywords that identify the contents of the picture and are embedded in the picture file. Search engines read words easily but struggle with some thing like a picture. By adding tags we help it know what the picture is about. Given the first picture we might use the tags beer, stein, cold, refreshing along with the clients name and the product name. Each of those terms are now searchable. In the second picture we can use all of those terms but now we can also add poker, games, gambling etc. That gives us more chances to be found and that is the good free organic type of search. But wait, there’s more.

Say you are running a paid advertising campaign with a search engine company. This can be a very expensive proposition. Depending on the billing model of the search engine you may be bidding against other companies for for specific search terms. Can say, a craft beer company afford to out bid Budweiser and a bunch of other multinational conglomerates for the term “beer” alone. Probably not and even if they could it probably wouldn’t get them many clicks before they blew through their budget. But if you look at your target audience and focus in on them by targeting the key words “beer”, “poker”, ”British Columbia” for example you are no longer competing against Budweiser and the other conglomerates. True you will no longer be pulling in every person in the world that searched for “beer”. But you will get a lot more bang for your advertising buck by focusing in on your target audience.

All this sounds pretty great right? And it is. But you might be asking your self what if my customer base that likes beer and poker is small? Then what? In that case, while we have the table the lights, the camera, beer bottle, beer stein etc set up what happens if we swap out the poker chips for a local sports jersey or cap and the cards for a TV remote control? Suddenly we have a whole new story and a different set of search terms. Why the remote control in the picture? Over the next year people won’t be able to gather to watch the game in large groups at stadiums and bars. So instead they will be gathering in smaller groups at home.

We want to help make your next advertising campaign as successful as possible. Use our contact page and lets discuss how we can make that happen.


Back to the Thoughts Page